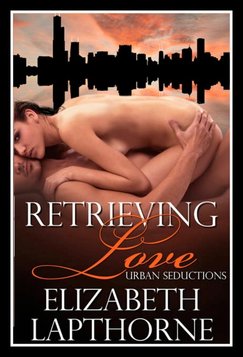 Amber Sinclair’s life is perfectly average until she crashes headlong —literally—into Zerachiel Garrett. He is hands-down the sexiest man she has ever met. What begins as a sexually charged first encounter soon explodes into far more than she could have imagined.

Zerachiel is on a mission to Retrieve the ancient cuff Amber is delivering. It was supposed to be a simple task, but nothing ever is, and he certainly wasn’t counting on the electric lust that sizzles between them. Discovering he isn’t the only one after the cuff, Ze kidnaps Amber and they have to work together not only to stay alive, but to keep the cuff safe.

Zerachiel is no ordinary man—he’s a wizard who introduces Amber to an underground world of magic and mystery living on the streets of Chicago she thought she knew. Together they discover a whole new world of love and lust as the as sparks fly between them. 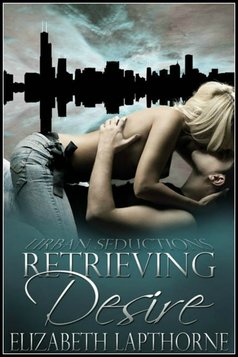 Worried that something has happened to her brother, Melia turns to Mishka for help. She knows he’s not her biggest fan, but that doesn’t dull the intense sexual chemistry that burns between them. More than a few seconds in a room together and fireworks explode.

Mishka thinks a sexy, serious witch would be perfect for him. Melisa has the sexy in spades and a body to die for, but he doesn’t trust her flighty demeanor. Still, he agrees to help her find her missing baby brother. It seems so simple, but leads to far greater adventures than Mishka could have dreamed.

From dark, lust-filled rave clubs through the seedy underbelly of Chicago’s magical underworld, Mishka sees sides of Melia he never would have imagined in his wildest fantasies. Passion and desire explode between them and soon the stakes are higher than ever. 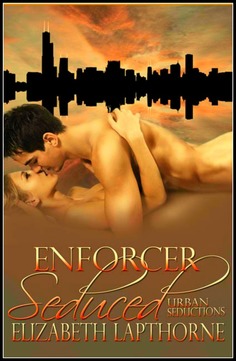 Sage Barrington is an Enforcer with the magical ability to blend into any situation. When she’s chosen for a new, elite crew made up of Enforcers and human police to go undercover in search of a drug ring responsible for numerous deaths, she knows this mission could be the most important of her career. So she isn’t prepared to have her heart stolen on the job. The searing passion she discovers with human Bryce Whieldon burns to her soul.

Bryce can’t believe the slender witch will carry her weight in their crew. Sexy and alluring, she heats his blood and fires his imagination. Antagonism quickly morphs into sizzling chemistry. Scorching the sheets, their preconceived notions are shattered.

As the stakes rise and the danger intensifies, Bryce and Sage must trust each other implicitly. On the front line, facing a growing evil, they must put passion on hold. The only way to keep each other safe is to see this mission through to its explosive end. 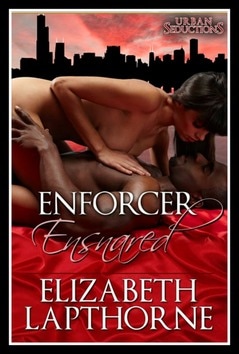 Angelina “Flame” Harling has burned for months to be with Blade. Part of a new elite crew made up of the magical Enforcers and the human police, Flame has to dig deeper and trust her new partner in order to foil a gang of magical drug-runners who are turning their city upside down.

Blade isn’t used to feeling at a loss in any situation, so how is it that with a simple glance, a hint of a smile tilting her lips, Flame can bring him to his knees? The witch has bedazzled him and he truly feels ensnared, helpless in her presence. As danger draws ever closer, he must protect both her and everything they stand for as Enforcers. 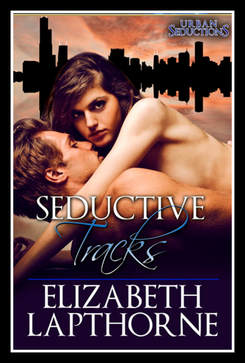 Kelly Robbins works in the archives; mistress of the magical world’s many mysteries. But she has a secret herself—she’s also a cat burglar, playing the game for the adrenaline rush that runs through her when she slips into the shadows with some forbidden trinket.

Matthias Kestell is a Tracker on the other side of the law, able to sense the power each magic user holds within them. When he and Kelly join forces to steal an antidote to a magical drug that is poisoning the streets, he is bewitched and seduced, instantly smitten with her.

Even though Kelly now finds herself working with the enemy, Matthias has a magical charm all his own. As heat burns between them, she begins to realize this wizard could provide even more of a physical thrill than theft—and given the chance, he could steal her heart. 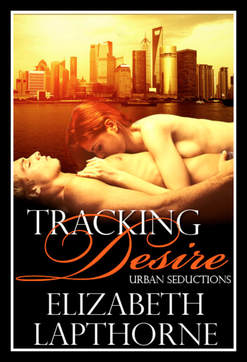 Julian Sherwyn has always been solid, dependable and completely unflappable even when his eyes were opened to the magical world hidden behind the human one. Nothing could ruffle him—until his last mission brought him into contact with Olivia Congreave. Wild, sexy and the most desirable witch he’s ever met, she fires his passions and that wicked grin of hers has stolen his heart.

Liv is drawn to Julian. Strength radiates from him and for her there’s no more potent aphrodisiac. Working together, they’re forced to rely on each other and burning up the sheets comes all too easily. But dependable though he may be, the feisty redhead is reluctant to trust her heart into his hands. 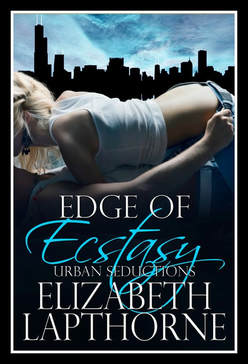 Melissa is an Assassin and one of the best. Fiercely independent and with her own set of rules, she always works alone and never harms and innocent. When her best friend is murdered, she swears to hunt down the killer. But for that she needs information and assistance.

Daniel Cranston believes strongly in working for the greater good but he didn’t ask for a partner, particularly not a sexy blonde bombshell with revenge on her mind.

When they realize how powerful their prey is, it’s far too late to turn back. Melissa is determined to avenge her friend and Daniel can’t bring himself to leave her side.

Passion and magic explode around them. On the tail of a rogue Assassin, one who is increasing his powers by draining his victims, what few rules they each hold dear are all going to be left far behind. 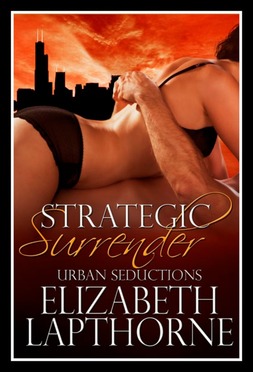 Kiera Patrick has one rule and one rule only—she keeps work and play separate. She doesn’t intend to follow her playboy wizard partner’s example and let her love life make a mess of her magical work life.

But when her mentor teams them with Hayden Foxworth, a wizard who is rumored to be involved with the darker side of magic, and tasks them with deciding the fate of an evil grimoire, her heart hurts for the damaged Mage.

When Hayden persuades the others that the only way forward is to destroy the tainted thing, they bring down the wrath of the Tribunal, the council of elders who lead wizard-kind. Kiera must deal with the magical fallout of their decision while battling a burning attraction to Hayden that has them scorching the sheets even as they fight for their lives. 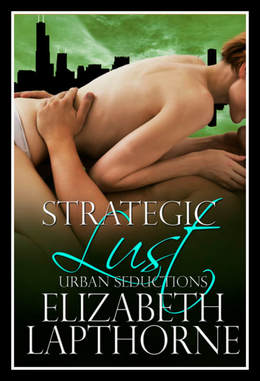 Josh is a confirmed bachelor, a Mage who likes playing the field within the magical community. Now he and his co-workers have a bounty on their heads after destroying a grimoire that reeked of dark magic. It’s the last time he should want to get seriously involved with anyone.

Yet he finds himself irresistibly drawn to Kate, a sensually appealing warrior who is tasked with protecting him – and cannot allow herself to become personally involved with her charges.

Yet despite Josh’s promises to himself and Kate’s professional dedication, the magnetism between them only grows as threats both magical and mundane threaten to rip them apart. 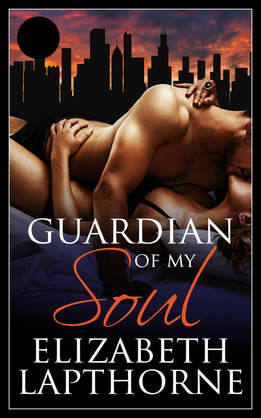 Sally is a powerful witch—perhaps too powerful. In her quest to help others, she has drawn on dark magics that have left her emotionally shattered and craving the evil she seeks to combat.

Kyle has vowed that if she strays, he will always bring her back—and Kyle is far more intoxicating that the most potent of spells, the most evil of castings or any rituals.

But when a more talented witch is determined to use her power for wicked ends, Sally must hope her lust for Kyle’s body and her love for his soul hold enough magic to save them both. 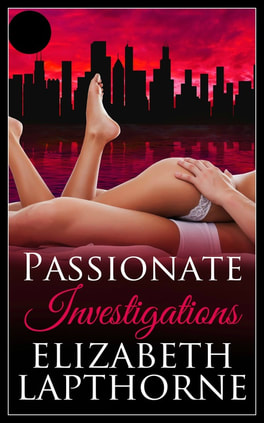 Zahra Gower is a free spirited witch. Even though her father and older sister work on the Magical Council, politics and power hold no allure for her. Rob Padden is everything the Council members aren’t. A bad boy through and through, he works with Zahra’s sister for one reason only — he’s the best investigator around.

When Zahra’s sister dies under tragic and strange circumstances, Rob is the only person Zahra can trust to help uncover the truth. The sizzling, sensual chemistry that has been present between them from the beginning finally ignites and all the rules are thrown out the window. 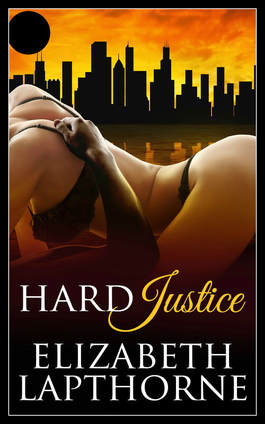 Urban Seductions - Book 12
A witch murdered. A wizard framed. A conspiracy that must be unravelled before more good people find themselves in the line of magical fire.

Ben and Layla aren’t used to trusting others but if they’re to crack their toughest case ever they’re going to have to learn to work together. The simmering chemistry that explodes between them is too potent to resist, but they can’t afford to lose focus.

An evil conspiracy is ascending and dark forces will stop at nothing in their crazed quest for power. Meanwhile Ben must battle the darkness within himself while Layla strives to heal him with her love.