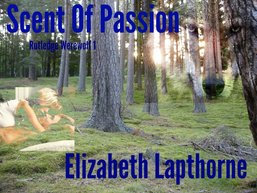 Rutledge Werewolf - Book 1
Sophie Briggs threw caution to the wind for one night, and found herself six weeks later staring at a scary line on her positive home pregnancy test.

Artemais Rutledge, as Alpha Werewolf for his Pack, had been searching for his True Mate for more years than he cared to think about, and felt certain he had found her that one night with Sophie.

When Artemais finally catches up with her, the sparks certainly fly, but she isn’t as pliable as he believed. All he needs is to marry her and settle her in his house with their baby, explain he’s a werewolf and try to stop his brothers from finding out what a tough time he’s having of it all.

He’s certain it would be a piece of cake, if he could simply stop wallowing in her scent and get his head screwed on straight for more than a few seconds at a time. 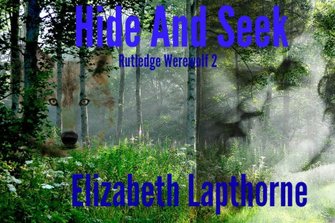 Josephine Lomax, a junior accountant, finds discrepancies in her Company’s records. When she goes to her boss that evening to try and find out what’s happening, she stumbles on his and a crooked cop’s decision to shut her up. Scared and not sure what to do – she obviously can’t turn to the cops - she runs and begins to play an intricate game of hide and seek.

Until she meets William Rutledge. They share a hot, passionate affair, until he wants to get to know her better. Willing to allow their affair to grow deeper, she answers his questions as best she can, and asks him a few of her own. It’s then she finds out he’s a cop.

Shocked and not knowing whom to trust, she runs again. The difference this time is not only she doesn’t want to run from this man, but she later finds out she’s pregnant with his child.

William Rutledge is a man on the edge. He simply can’t get Josephine out of his mind or dreams, so he tries to track her down when she runs. When he finally finds her, pregnant with his child no less, he is determined to convince her to trust in him. Once that is settled, along with the small matter of marriage and raising their child together, he knows he needs sort out whatever it is she’s so scared of. 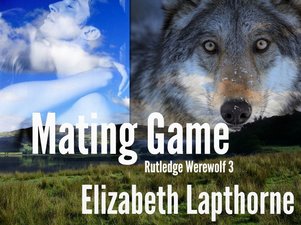 Rutledge Werewolf - Book 3
Dominic Rutledge is getting tired of the same endless sexual steps to the Mating Game. So he decides to throw himself into a try-hard hacker, intent on searching information out of his brother’s Security company.

What he finds, is a sexy red-head, determined to seduce him.

For once, the delicate dance between sexual partners seems to be fresh, new and endlessly fascinating. Dominic thinks initially that playing into this siren’s sexy game is a great idea, until he realizes just how deeply he’s become ensnared. 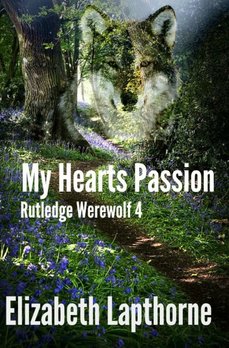 In this idyllic location Chloe runs into the one man who has the ability to make her heart beat faster—Samuel Rutledge, the last of the unmarried Rutledge brothers. While taking a short break from her long ten-hour drive to the cabin, Chloe sees something that makes her doubt her sanity. There, in the forest, with the full moon shining down, she spies Samuel changing into a werewolf. For the first time in her life, Chloe has to believe in something she has never encountered before.

Samuel Rutledge is feeling the pinch. His three brothers are married, mated, settled down and raising families. Now it’s his turn and Chloe is the object of his intense sexual interest. All bets are off as Samuel and Chloe engage in a battle of the sexes where a simple game of cards has them sexually baiting and teasing each other, pushing each other further until one of them finally snaps. 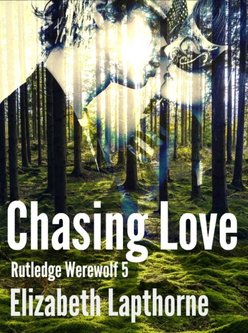 Rutledge Werewolf - Book 5
Christiana Rutledge has finally graduated from college and is ready to head back home and help her father run Rutledge Securities and lead the Pack.

But first, she has to attend the Graduation Ball.

After working for hours on just the right costume, she can turn herself into the alluring, seductive woman she knows is inside herself. For one night, she will cast off all her inhibitions and let loose. Then she can move on to her responsibilities to the Pack and her family. And perhaps meet her True One, her mate for eternity.

Edward Matthews couldn’t believe the lengths he was going to for a night with Christiana. Growing up together, she had offered her childish heart to him. Youth he had been, he had rejected her and regretted it for years. Crashing her masked ball and seducing Christiana might be one way to get his no-strings-attached affair with Christiana. Or at least work her out of his system! Maybe after a few days of hot, sweaty sex they could both get on with their lives.

What neither realizes is that, while verbally denying each other to their faces, they are actually chasing each other. Chasing Love. 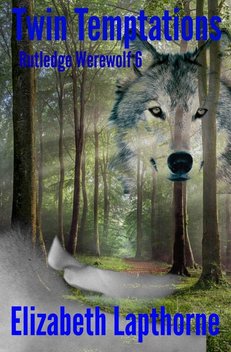 Rutledge Werewolf  - Book 6
Samantha Monique Rutledge is happy with her life. She has her work as a PI, an extended family whom she adores and a twin brother blissfully in love. After being introduced to Callum MacLennon, who is about to leave for a long-term project in Australia, Sam willingly gives in to temptation and indulges in what she believes will be one night of raunchy, make-her-scream sex with no strings, no lingering emotions and certainly no complications.

Eight months later, Sam still can’t get the delectable man out of her mind. Not only has Callum returned, but two little wolf cubs have gone missing, and her twin brother Alexander wants her to discreetly investigate whether her one-time lover had anything to do with it. Balancing herself between the twin temptations of finding the lost cubs and indulging herself in her lover, however, is harder than she could have believed—especially since Callum is making it crystal clear that he’s all for them giving in to temptation and solving this puzzle together, intimately.